You are here: Home / Site Info / Daily Aspirin Use is Up in Senior Citizens

Daily Aspirin Use is Up in Senior Citizens

According to researchers at the Oregon State University, more than half of the older adults in the United States take aspirin on a daily basis. The old adage is that this helps with not only the minor aches and pains associated with growing older such as arthritis, but it also has been asserted that it helps reduce the chance of cardiovascular related death.

Taking a medication that is helpful to you is a good idea, but only if done under the guidance of a medical professional. This becomes even more the case when there are very few or no negative side effects associated with that medication. Aspirin does have side effects as it is a blood thinner. There have been many reported cases of gastrointestinal bleeding linked to its usage. For this reason, many medical professionals do not recommend its use–even if the dosage is small and only being used for preventative purposes. This is why it’s so important that you consult a trusted doctor before you start using this or any other new drug before you begin. If there is a risk associated with it, you want to know as soon as possible, and each individual is slightly different in how their body will react to a new drug. Always remember to have your doctor keep tabs on you when you are beginning the drug, too, just in case something is not quite right so that adjustments can be made before the issue becomes major. The research supporting aspirin use says that it is most helpful for those that have had a first heart attack or stroke. Pure preventative purposes do not have the same level of support backing them up right now. 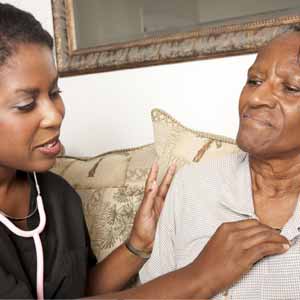 Aspirin use in senior citizens has gone up considerably.

In the above mentioned study, 2,500 people were surveyed, and 52 percent of them used aspirin on a daily basis. Another 21 percent on top of this said that they had used aspirin regularly in the past. For most of these individuals, the aspirin is used as a primary prevention method for both cardiovascular disease and in a few cases, cancer. The study included people aged 45 to 75, and the average respondent was 60 years old. This is an important distinguishing feature because it shows that adults who are not yet considered “senior citizens” are taking precautionary steps when it comes to their health. This is further solidified by acknowledging the fact that aspirin use has gone up 57 percent from 2005 to 2010. It seems likely that it has gone up even more over the five years since then.

Taking charge of your health at an early age is important, and it’s one of the lessons that the younger generation is learning now as the Baby Boomers are becoming senior citizens at a rate faster than ever before. With so many elderly folks in need of senior care, and especially in-home care, of some sort, it’s only natural that the generation below them will recognize that steps can be taken earlier to keep their own health as under control as possible.