You are here: Home / senior care / Why do Seniors Move to Iowa?

Why do Seniors Move to Iowa?

In recent years, Iowa has become a top retirement location. Factors like low property costs, access to quality healthcare, peaceful country living, and a highly rated quality of life have all contributed to make the midwestern state a consistent top ten pick for people that are looking to relocate for their retirement years.

Despite this, Iowa does have some shortcomings when it comes to caring for its senior citizens. For example, there has recently been a shake up in the State’s organization when it comes to oversight of senior care. The State Office of the Long-Term Care Ombudsman is currently on the lookout for an agency–public or private–to take over the duties that this organization fulfills. Although the publicly stated position is that Iowa is trying to find a better method of oversight and senior advocacy, this has been viewed as a deficiency of the state by many.

Still, many states do have a decentralized model when it comes to the position of ombudsman. Many states have an all volunteer system in place, while others hire private companies to make arrangements for this position. Either way, when it comes to the protection of senior citizens in long term care, it is vital that there is a support system in place and that people are able to come to the aid of those that need it and speak out on their behalf.

This is a position that has had issues in the State of Iowa for a while. In 2017, budget cuts made it necessary to trim back some of the functioning of the office, essentially cutting down on some of the protections that seniors in the state had access to. It was much harder for officials to investigate complaints of mistreatment because of this. 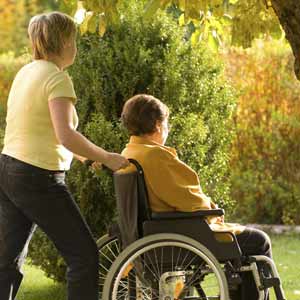 In some states, like Iowa, things aren’t always what they seem when it comes to senior care.

Your loved ones deserve the best care that they can get, and they deserve to be treated well in that care without fear of abuse or mistreatment. This is not meant to be an indictment against Iowa as they are taking active steps to fix the issue right now. Rather, it’s meant to be a warning that things aren’t always what they seem when it comes to care.

Moving to a new location for your senior years can be quite helpful, depending on where you live. This is especially true for a state like New York that has a reputation for high taxes and bad weather. The tax rates in Florida are lower and the weather is warmer, making it seem like a great retirement location. In these respects, this is a good move. But they are not the only factors that influence whether or not a new place is a good location for retirement and subsequent senior care. There are many factors that influence this, and how care is administered and monitored are important things to take into consideration.

Many people will still move to Iowa despite the ongoing issues that the state faces, and that’s perfectly okay. For many, it is still the right location to go to. However, it’s important to look at the issue from many angles in order to ensure that you’ve made the best decision for you and your family before finalizing any plans.