You are here: Home / senior care / Treating Parkinson’s with a Nasal Spray?

Treating Parkinson’s with a Nasal Spray?

For quite some time, doctors have been working on a nasal spray medication that can be used to treat Parkinson’s. Now, they are a step closer to making this happen.

The promise of this delivery system is that it gets to the brain faster than oral or even intravenous medications can. These medications begin to break down before they arrive at the brain, limiting their efficacy. The nasal spray is absorbed through tissue in the upper nose and sinus area, and arrives at the brain more quickly, maximizing the potency of the medication in the brain where it can do the most good. 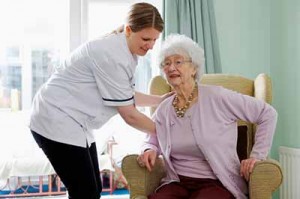 A new method of treating Parkinson’s may involve a nasal spray.

The medication delivery was tested on animal models successfully. The spray was delivered as a liquid, but then formed as a gel inside the nose, quickly absorbing through the soft tissue and then to the brain. The medication is called Levodopa, which converts to dopamine inside the brain. Dopamine is the neurotransmitter that is often responsible for feelings of happiness and fulfillment. But when it comes to Parkinson’s, dopamine is lacking, causing some of the symptoms that are associated with the disease, like tremors and loss of coordination. The research team behind this study found that the Levodopa was delivered to the brain more quickly than injections.

This research was conducted by a team from the University of York in England. They published their findings in the journal, Advanced Science. There is a lot more research needed before this form of treatment becomes available as a prescription for people suffering from this disease. Hopefully, the success of the animal trial will translate just as nicely to humans in the coming months and years.

This spray isn’t a cure for Parkinson’s disease. At this time, there is no cure for Parkinson’s. However, someone with Parkinson’s can live a long and healthy life if they are able to catch the disease early and treat it. Unfortunately, it is a degenerative disease, and over time treatments do become less and less effective. But this doesn’t mean that there’s nothing that can be done. When working with a team of professionals, the person with Parkinson’s will usually have a very positive outcome for many years.

Still, it may become necessary for someone struggling with Parkinson’s to need additional help as they get older and the disease progresses. This is common, but it can be hard for some families to grasp. There’s a lot of choices out there, and not all of them are equal. Getting started can be tough. Parkinson’s, and other diseases and disabilities, can make senior care difficult, especially if you’ve been providing care informally for a loved one. A professional care service can make this a little bit easier on you, but it’s important to go with the right service. Make sure that the people you entrust your loved one with have the training and background to fully meet the needs that they are up against.

As always, we’re here for you. If you have questions about care and how it might help, please don’t hesitate to give us a call.