You are here: Home / paying for care / Expanding Care in Tennessee–and What it Means for Us

Expanding Care in Tennessee–and What it Means for Us

When it comes to senior care, each state is a little different in what is covered by Medicaid. The infrastructure bill that was recently signed into law has attempted to change this, but even many of the changes enclosed in this new law are merely recommendations, using government funding as an incentive to encourage states to change their regulations.

All states are required to cover the cost of a nursing home through Medicaid for those that qualify for this public insurance. But when it comes to other types of care, most notably in-home care, the regulations vary from state to state. Up until very recently, only a handful of states have covered in-home care through Medicaid dollars. This is beginning to shift, but change is still occurring at a slow rate. 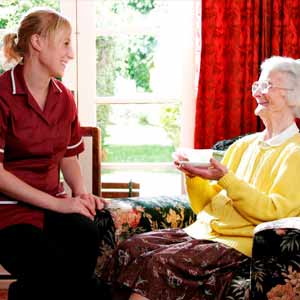 Tennesee is changing how they approach senior care by using federal dollars from the recently passed infrastructure bill.

Tennessee is one of the states where change is happening. This state has repeatedly decline to cover in-home care and other types of senior care through Medicaid dollar, but thanks to the federal government funds that the infrastructure law provides, Tennessee has announced that this will be changing. The hope is that “this enhanced support will shine a light on the important services that caregivers provide and change the lives of Tennesseans across our state,” Governor Bill Lee commented. $400 million of federal funds will be injected into the economy in this state to help the senior care industry–and those that work within it–thrive at a higher level.

Tennessee has its own set of unique challenges. It is a low income state, compared to California, with a very high number of individuals receiving Medicaid assistance, especially as they age. They also tend to have a poor support system when it comes to those that provide professional senior care. They are ranked 49th out of the 50 states when it comes to the level of support that care services give their caregivers. Unfortunately, these things really do have an impact and it has led to an overall poor quality of care for the senior citizens that reside here when compared to the rest of the country. Changes for the better are much needed in this part of the country, and hopefully this is on the way in the near future.

Changes in the care industry impact us all. Today, in-home care is widely accessible across the country, even when Medicaid dollars are involved. But this wasn’t always the case. It began with a few states leading the way and showing that it was economically advantageous to do so. Changes in other states can often point to what the future of care will look like for our own families.

This can be a good thing when done right. We can look at what other states, and even what other countries, are doing well when it comes to care and learn from it. If a state can bring about lasting, meaningful change because of these increased funds, it’s a sign that this can be a move forward in other places, too. Hopefully, this is just the start of improved care in our country.