In the past, certain immunotherapy techniques for treating Alzheimer’s disease have proven to be ineffective in some individuals, while the same methods are working for others. This has caused a lot of confusion amongst researchers and doctors, and it has also added to the mystery of how to treat Alzheimer’s disease. According to new research, this might be because of the fact that vascular cognitive impairment or dementia is also present in the individuals that have not responded to therapy.

A new study was released recently that looked at the connection between drug tests on animals and on humans. It was found that animals responded well to this treatment and the progression of their Alzheimer’s slowed down considerably. However, on human subjects, mixed results were obtained and in some cases, there was absolutely no indication that therapy was helpful. Now, the researchers are beginning to point to reasons why this might have been the case. 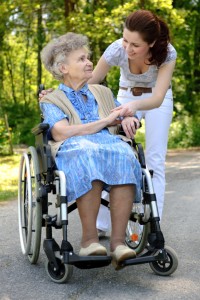 Treating dementia is not just about addressing one disease. There are several different types of dementia, making it tough to help those suffering.

This is just one of the many problems that scientists are up again for the successful treatment of Alzheimer’s. As you know, this form of dementia does not have a cure, and at best, medical professionals have been able to slow the spread of the disease in those that are impacted by it. Regardless of where a loved one might be in the progression of the disease, it is important that they have more than adequate care and supervision. Alzheimer’s doesn’t just hurt someone’s memory and mental capabilities, but it also has a negative impact upon physical functioning, too. For someone with Alzheimer’s to stay safe and healthy, it is important that they have a fully trained caregiver that knows how most accurately assist someone suffering from this specific type of dementia.