Alzheimer’s disease is a complicated disease, and most people do not thoroughly understand what the disease actually is. It is far more than irreversible memory loss, but it has an impact upon memory, cognitive functioning, and physical health. Alzheimer’s is a terminal illness, and it is progressive in nature. As such, when thinking about your loved one’s health, keep in mind that Alzheimer’s is not just a form of dementia, and although this is the most widely known symptom of the disease, it is not the only one that exists. Here are a few other things to know about Alzheimer’s, and what you can do to make sure that your elderly loved ones are receiving the right care for their situation. 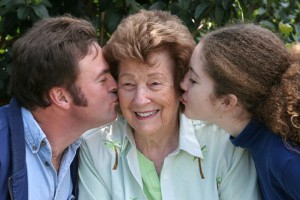 Alzheimer’s disease has other symptoms besides memory loss.

In fact, many professionals in the senior care industry now believe that many cases of Alzheimer’s disease could be diagnosed earlier if the people around them were looking for symptoms other than just memory loss or forgetfulness. Some common symptoms of Alzheimer’s often occur before noticeable memory loss occurs. These include speech problems, behavioral problems, personality changes, or even newly developed poor judgment. None of these alone are sure signs that somebody has this disease, but any or some of them should make you consider bringing your loved one into the doctor’s office for a checkup. They will be able to better determine if there is any sort of problem, and if there is, they will have a clear idea of what to do about it and how to proactively treat it. That’s true even if it is an incurable form of dementia, as Alzheimer’s is.

Those suffering from Alzheimer’s almost always require some sort of senior care in their lifetimes. For many this need can often be addressed just with professional in-home care, but advanced cases sometimes require a nursing home. Even hospice care can be extremely valuable as the end gets closer.

It’s also important to remember that the earlier Alzheimer’s is detected, the better the symptoms can be controlled. Yes, there’s no cure for the disease, but there are things that can be done to help control its spread. Research has shown that things like moderate exercise and mental stimulation are not only beneficial to helping prevent the disease, but they can also slow its spread. However, in cases of extreme illnesses, these things cannot be done effectively. When Alzheimer’s is detected early, then exercise and brain stimulators like puzzles and challenging conversations become much easier to make a part of daily life. When done properly and in a timely manner, these things can help add months or even years onto someone suffering from Alzheimer’s life. What’s even better about this is that those things have been shown to not just add longevity, but to add high quality time to people’s lives. It’s a terminal illness, but not one that needs to be just succumbed to. If your loved one has Alzheimer’s disease, consult with a physician or another senior care professional to see what you can do about improving their lifestyle.