You are here: Home / Dementia & Alzheimer’s Care / Hormone Therapy and Alzheimer’s: Does it Work?

Hormone Therapy and Alzheimer’s: Does it Work?

A study out of the University of Arizona found that women who received hormonal therapy after going through menopause were 58 percent less likely to develop Alzheimer’s disease or other neurodegenerative diseases than those that did not go through the same hormone therapy.

This isn’t the first study to link the use of hormone therapy and the reduction of neurodegenerative diseases. This was one of the first studies that looked at how the therapy was administered and tried to find more precise information on how Alzheimer’s specifically was impacted. It also targeted precision hormonal therapy and looked to find what the best way to help prevent Alzheimer’s might be using these methods. 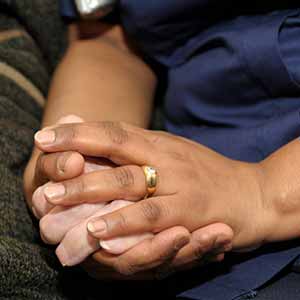 What they found was that when women underwent a specific type of hormone therapy over six years, they saw results much better than the previously established 58 percent less likely number that was previously known from other studies. They found that this specific approach to hormone therapy helped women to become 79 percent less likely to develop Alzheimer’s and 77 percent less likely to develop any sort of neurodegenerative disease. Those that used natural steroids like estradiol or progesterone saw better results than those that used synthetic hormone therapies. Treatment through the skin tended to show the best results when it came to reducing the risk of dementia.

Hormone therapy has long been used to help women experiencing difficulties with menopause. This includes things like hot flashes, weight gain, night sweats, and depression. Unfortunately, many women deal with this. The good news is that treatment might have long lasting positive effects when it comes to fighting dementia.

The team published their findings in the journal, Alzheimer’s & Dementia. Hopefully, it leads to more advances in the fight against Alzheimer’s and other forms of dementia in the near future.

This is encouraging news in the fight against Alzheimer’s disease. It shows that there are legitimate steps that can be taken to help improve the likelihood that the people that we love will stay healthy as they age and reduce the risk of Alzheimer’s. There’s no cure for this disease yet, but this research might help scientists get just a little bit closer.

When a loved one has Alzheimer’s their needs change. They might not show that this is the case at first, but as time goes by, they will need more and more help. Not only will they need assistance with completing daily tasks, food preparation, and getting around, they will also need the comforts of familiarity. This might mean being with family, staying in their own home, or something else. Research shows that people with Alzheimer’s tend to do a lot better and see a slower decline of health if they are in a familiar setting, though. In-home care can help make this a reality for you.

Not sure where to start? Give us a call. This is what we specialize in. And if we’re not the right resource for you, we’d be honored to point you in the right direction.