Many professional sports have been forever tarnished because of performance enhancing drugs and doping. Baseball, track and field, cycling, and many others have seen star athletes have greatness taken away from them because the public found out that they hadn’t obtained it naturally. Barry Bonds, the great homerun champion, will forever have an asterisk next to his name because of allegations that he had been using performance enhancers to set his records. Lance Armstrong, the miracle man who recovered from cancer to win seven Tour de France titles, admitted to blood doping. The public has a very negative image of this in their mind as a result.

Erythropoietin, or Epo as it is more commonly known, is a well known performance enhancing drug, used by endurance athletes to boost their ability. It promotes red blood cell production, helping athletes that use it to essentially carry higher volumes of oxygen to their muscles, staving off fatigue and lactic acid production.

Additionally, this hormone also has the ability to protect nerve cells and prevent them from dying. Although scientists have known that the hormone has the ability to do this for quite some time, the negative effects that the drug creates have been too great for Epo to be used by those who are trying to prevent or slow down the spread of dementia. When red blood cell production is stimulated in those with dementia, the impact can be harmful.

New research out of the University of Gottingen points to another Epo receptor that might be beneficial to humans. Instead of increasing red blood cells and providing nerve cell protection, this newly discovered receptor looks like it will only provide the nerve cell protection, exactly what’s needed for this hormone to be safe for people with Alzheimer’s, Parkinson’s, and other neurodegenerative diseases. 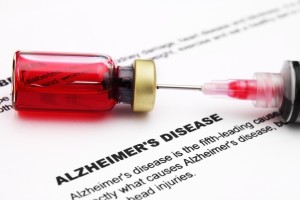 A known doping drug for endurance athletes may be helpful for protecting brain cells.

There are no easy answers when it comes to helping a loved one with dementia, Parkinson’s, or another disease that impacts the brain and cognitive functioning. Minimizing symptoms and helping the person to be safe and comfortable have been the primary concerns for those involved in the care of people with these diseases. Unfortunately, there is no known cure for Alzheimer’s and the like. And although this potential breakthrough in the treatment of these diseases is exciting, it will not provide a cure either. Instead, it looks like it will be a way to halt the disease in its tracks and prevent future growth.

If you have a loved one suffering from dementia, finding skilled memory care is likely at the top of your list of things that need to be done. High quality senior care that specializes in dementia is often a rare thing outside of the nursing home. That’s why we believe so strongly in what we do. By training our caregivers to apply care in the home, we allow the people that we work with to stay in their homes for longer. It helps these families to live a better life for longer.